Is Your Chirping Smoke Detector Making You Crazy ?

Nothing is more annoying than a chirping (or alarming) smoke detector at 3 a.m.. Here are some ideas to stop the noise so you can get some sleep. 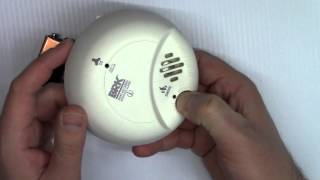 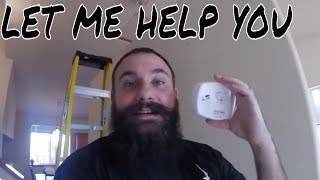 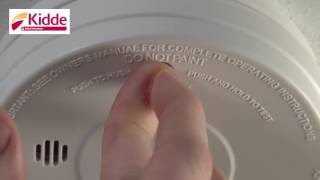 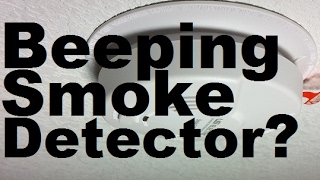 it tends to happen at 3:00 am.. usually because most people turn their heating down for the night... the battery inside gets colder as the heat dies down (eventually.. hence 3 am ish) and the voltage drops with it.. i know this because it had been beeping through the night (sleeping intermittently in between) In the end I had to get up and go and buy a battery.. in the mean time my heating came back on and hence, eventually, re-warmed the battery.. it wasn't beeping when i got back from the shop. I'm changing it anyway because i want it working reliably again
121 2 . Reply

Love how he grabbed his gun. Puts him in the US - no doubt. 99% of Canadians or Western Europe wouldn't even think of it
121 2 . Reply

When you said it always happens at 3am this was my case so I busted out laughing 😂
121 2 . Reply

4 a.m. two nights in a row. Cleared dead bugs out of 3 and dusted all. Hoping for success. One more night and I'll just change all out. No idea lifespan of 10 years. I'm overdue. Thank you for info. Six minute video was not too long. Some of us are rookies and needed explanations. Thank you.
121 2 . Reply

I had a ceiling, walls, floor renovation done last year. They lowered the ceiling and installed high hat lighting fixtures. Unfortunately, they left the smoke detector in either the wall or ceiling. It has been chirping for over 2 months. Either wait for the battery to die or tear up the drywall in search of the unit. Contractor out of business.
121 2 . Reply

Stuck at the unplugging part by figuring things out myself, you're a life saver, that thing went of five times tonight.
121 2 . Reply

Is it safe to leave the wires hanging? I unplugged the thing the from wires but it's still chirping
121 2 . Reply

China made smoke go off to food smoke but let you die from most other fires. Do omnishield. Better made
121 2 . Reply

I am watching this video at 3:30 am HST. My alarm is hooked up to the whole house and even when I turn off the circuit breaker, it is still chirping. I am so tired coz this alarm has been going on since 2:00 am.
121 2 . Reply

wow, and I got away with my alarm for 19 years. I guess it is time to get some new ones! Never knew the smoke alarms have a life span of about 10 years. thank you for the video.
121 2 . Reply

This video sucks, thought you were going to tell how to resolve problem.
121 2 . Reply

Note it not wise to decible the smoke detector because in some place it illegal and if you live in apartment building it may be violations of your lease.
121 2 . Reply

I have the same issue. Change the battery of CO detector, the chipping sounds go away
121 2 . Reply

I wish my alarm was that quiet. Mine is full blast just to replace a battery
121 2 . Reply

I had painful night last night . the smoke detector went out around 3am and it kept on *beeping* all the time. I did not know what to do. Until I found this video helped .You deserve an oscar sir ,not these Emmys.!!
121 2 . Reply

Boy this guy loves to hear himself talk. Useless video. The answer is.....try another Youtube video that gets to the point and shows you what to do.
121 2 . Reply

Thank you so Much!!! We had replaced the battery and it still chirped. So we blew in it to get any dust out and it hasn’t chirped since then! Who would have known!
121 2 . Reply

i have a cat they are so much better than this annoying retardation
121 2 . Reply

Our alarm was chirping for 4 days and we changed the battery multiple times and it wouldn’t stop. Your video helped resolve the issue, thanks so much!
121 2 . Reply

those don't need to be wired it's chirping Cuz the battery is almost dead duh insect or dust?no if that happens it's will comely go off you need to vacuum it.they usually have a tag that says when it was made and/or when it needs to be replaced
121 2 . Reply

Air conditioners won't blow outside smoke in your house. Return air is inside your house not outside.
121 2 . Reply

Mine did the same thing plus they started to actually alarm when there was no actual fault. I had to pull down all five of my detectors and remove the batteries to stop them from alarming. I blow all of them out with an air blower designed for cleaning computers. And I also changed the batteries in all of them. This lasted for about 3 - 4 months and the other day one of them start to alarm again for a 1 second or so randomly. My detectors are over 10 years old, so I am just going to change them out.
121 2 . Reply

i just ripped it off the ceiling and threw it out the window , id rather burn to death than have every 40 seconds bleeping , its like water torture
121 2 . Reply

The only thing MORE annoying than a smoke alarm chirping in the middle of the night is this person and his long-winded video. And he has a GUN? This should worry all of his neighbors. If your first instinct to hearing anything go bump in the night is to grab a gun, you either live in a war zone or you're truly paranoid and shouldn't be allowed to own one.


And now I'm supposed to replace my smoke detectors every EIGHT to 10 years? It used to be 10 years, but nobody really believes that it isn't a scam perpetrated by the smoke detector industry.


After a false alarm this morning, I'm just going to uninstall all of them and just keep using common sense to prevent a fire from ever happening in the first place.


You know, simple things like keeping the dryer vent clean, maintaining the HVAC system, water heater and not starting a fire in the kitchen. Not smoking and not burning candles are also recommended.


Also, not owning a gun means I'm statistically safer than this guy. I'd rather take my chances with no smoke detectors than some crazy you-tuber with a gun.
121 2 . Reply 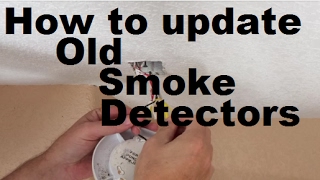 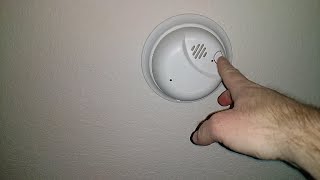 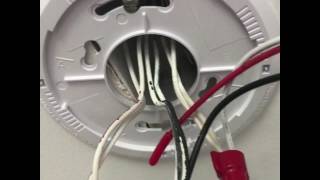 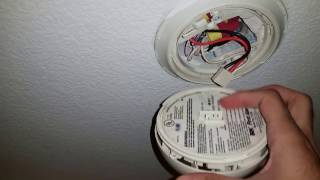 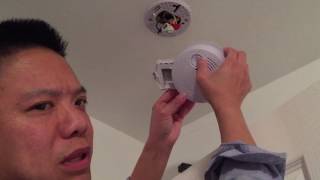 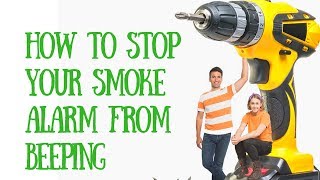 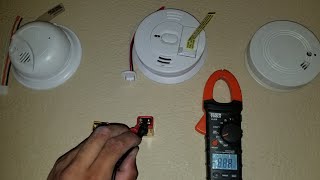 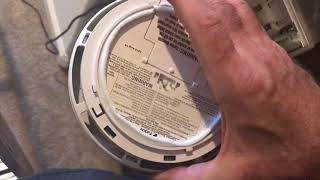 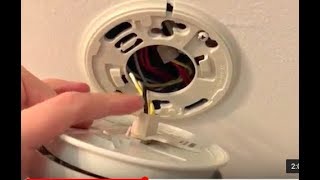 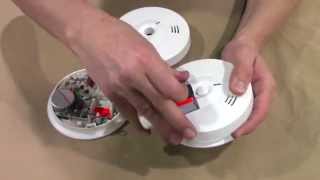 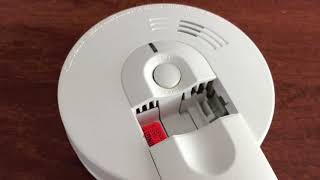 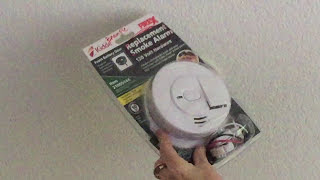 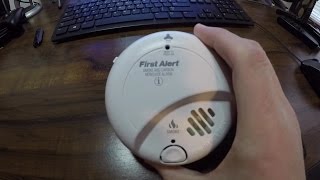 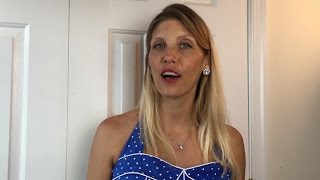 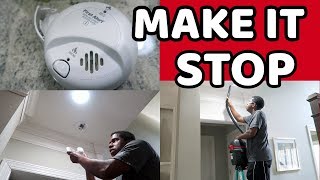